One of the greatest blessings? 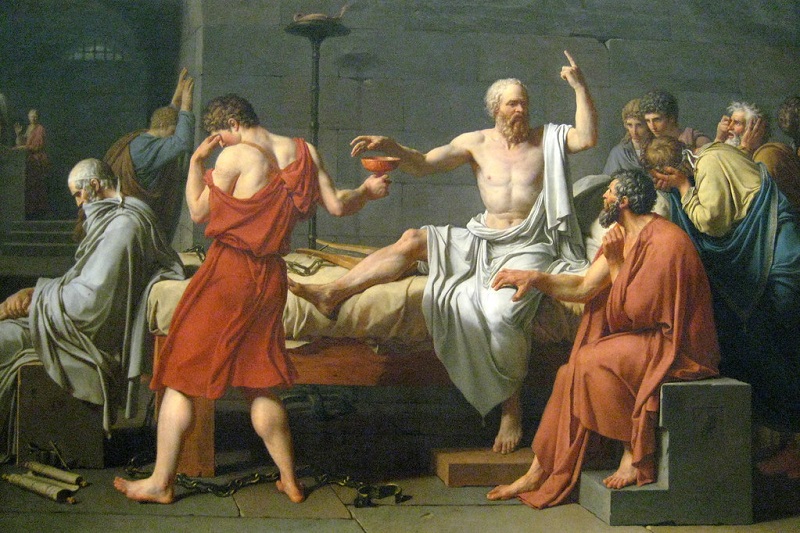 Because of death we appreciate life #13

Today’s quote is rather confronting.

As you read it, as you sip your coffee or wine, you may be thinking WHAT about the following;

“Death may be the greatest of all human blessings.”

I am not sure whether some comfort may come from the fact it was said by Socrates. He was the guy, the Greek philsopher that lived 470 – 399 BC, and who is universally credited as one of the founders of Western philosophy, contemplating such things as science and mathematics as they relate to the natural world. It would seem before the ‘what’ question, we are driven to learn by the ‘why’ question.

One such question would be why an apple fell to the ground when falling from a tree, which led Sir Isaac Newton to discover gravity in 1666. Without philosophy, it would have been just another apple falling, but philosophy asked the why question, and certainly added to our knowledge of why things stay on the ground, but why they also float in space.

Would such an ‘out there’ quote; you know, ‘death being seen as a blessing,’ be less of a shock, if these words uttered over 2000 years ago, are still relevant today? After all, if it was seen as heresy it would have been dismissed at the time, and lost into the ether. In fact we probably would not even know about Socrates.

But the challenge we have today, is Socrates in regarded as one of the best philosphical thinkers of all time, and therefore demands our own sufficient thinking of these words. Not just a quick think, but deeper reflection.

Death as a blessing. When would this be the case?

Well, for someone terminally ill, to be out of pain, would be a blessing. If there is no treatment, death would seem the kindest solution. To let life run its course seems to be logical when the time comes, even if it is painful for those of us who are watching, and are left behind. But sometimes we may utter the words ‘at least there is no pain now,’ to try and relieve our own.

Other words said are ‘now they are in a better place,’ which implies some kind of paradise or heaven waiting for us after this life. Of course the view of what paradise or heaven is, will differ from one person to the next, but the general consensus is it will be better, than here on earth. So it could be the hereafter is a blessing.

Or there could be the argument that immortality is not all it is cracked up to be. Imagine living for 1000 years, 2000 years, forever, without an end point. I wonder whether it would become an aimless existence, and maybe death would be a blessing.

Or maybe, as I have shared before, the fact life has an end point, makes our days more precious now. It is not death that is the blessing, it is the inspiration it provides for our every day existence. It should inspire us to make the most of anything that comes our way, and to hopefully leave the world in a better place than you found it.

I don’t think Socrates was wishing he was dead. I think it was more that it is a reality of life we are better off accepting and living with, as opposed to living in fear and keeping it far away into the future. It is inspiration for the here and now.

Sometimes such thoughts are too scary to contemplate. But often it is these thoughts that will surprise us, and motivate us to move in a higher understanding of who we are as human beings. After all this is what philosophy is all about.